Seminarios EEAD - Nitrogenase biosynthesis of Rhizobium (Mesorhizobium loti) is limited by the symbiotic sulfate transport in root nodules of the legume Lotus japonicus. 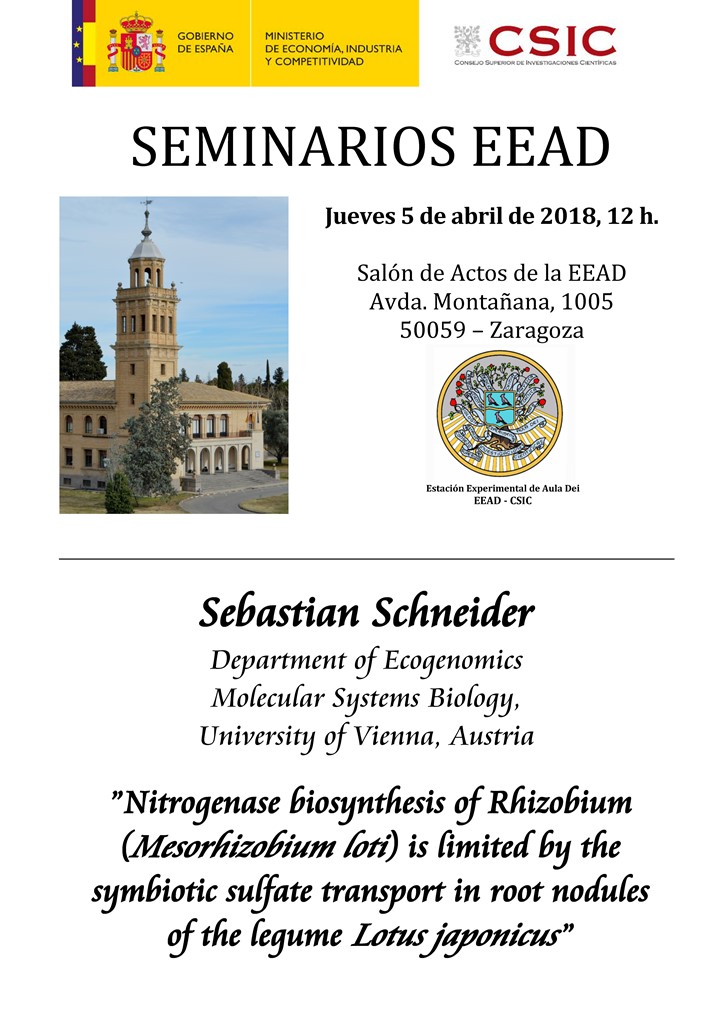 ymbiotic interaction between Lotus japonicus and Mesorhizobium loti results in the development of nitrogen-fixing root nodules expressing the nitrogenase enzyme complex. Enclosed in symbiosomes and surrounded by the plants-derived peribacteroid membrane (PBM), the rhizobacteria are able to reduce molecular nitrogen. The metabolic exchange of carbon and nitrogen between plant and bacteria takes place via this structural and functional interface. Besides the transport of nitrogen and carbon, sulfur (S) is crucial for the symbiotic interaction: the symbiotic sulfate transporter (SST1) is the most abundant PBM transporter and nitrogen-fixing nodules are enriched in reduced S compounds. However, the exact function of sulfur during nodule functioning remains unclear. We applied 34S-metabolic labelling and mass spectrometry to analyze the incorporation into plant and bacteroid proteins of the wild-type and the sst1 mutant. Additionally NanoSIMS analysis was used to analyze the 34S ratio of the different symbiosome components.